What's in a Military Discharge and How Can it Impact my Employability? 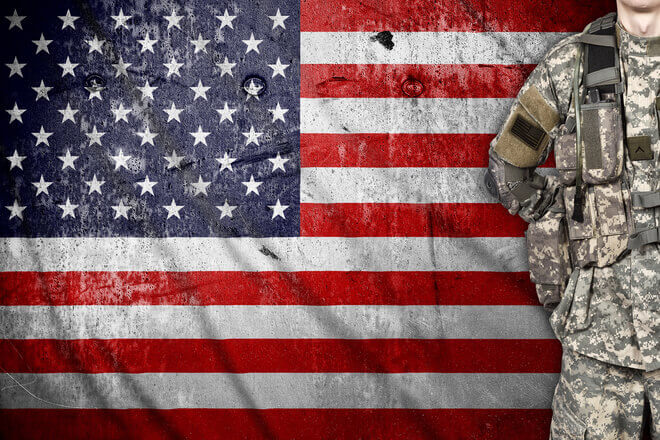 As most veterans are acutely aware, all separating military service members will receive a government issued DD-214 discharge paper when officially leaving the service and returning to civilian status. Most military enlisted members are typically bound to completing a term of enlistment. However, there are other ways of voluntary or involuntarily separating from active-duty military status, including separating prior to completing a typical 4-year term enlistment obligation.

A service member could prematurely end their service obligation due to medical challenges, retirement, undue hardship, punitive measures, voluntary resignation (mostly for officers) and transfer to inactive or reserve status. Nonetheless, a person's discharge status level almost serves as a permanent brand that can dramatically impact one's life beyond the military.

There are several levels of discharge status that can make a significant impact on one's ability to achieve government employment, enjoy post-military benefits, re-enlist in the military and more. It is important for all transitioning veterans, as well as civilian employer recruiters and managers to understand the meaning of these various military discharge status levels.

What are the military discharge grades and what do they typically mean?

If the military service member performed his or her service obligations with reasonably good or excellent performance ratings, they will typically be discharged from the service under honorable conditions. This includes status includes a consideration of the person's conduct during the service term as well. An honorable military discharge is a form of administrative discharge that entitles the person to full veterans benefits for the remainder of their life including: benefits towards federal employment, limited health care services, education entitlements, retention of security clearance status, burial honors and some benefits related to housing.

Potential employers of all industries should generally look favorably towards job candidates with this type of military discharge status.

If the military service member performed his or her service obligation in a reasonably satisfactory manner, but the individual failed to meet all of the expectations of the military during their enlistment, they would commonly receive a "General" discharge. This status level could be a reflection of questionable conduct for military members, or perhaps medical reasons for a premature discharge and in most cases this discharge status level is involuntary.

To receive a General discharge from the military, there is generally some form of non-judicial punishment to correct unacceptable military behavior (unless drug abuse which represents a different discharge level.) A General military discharge is a form of administrative discharge.

In most circumstances, a commander must disclose the reasons for the General discharge action in writing to the service member, and must explain reasons for recommending the service be characterized as General (Under Honorable Conditions). The service member is normally required to sign a statement acknowledging receipt and understanding of the notification of pending discharge memorandum. The person is also advised of the right to seek counsel and present supporting statements.

A service member that receives a General discharge (Under Honorable Conditions) may not receive certain benefits including: participation in the GI Bill, service on veterans' commissions, and other programs for which an honorable discharge is required, but is eligible for VA disability and most other benefits.

Some employers may still look favorably upon this status level of discharge. In many cases, a thorough explanation of circumstances may be required.

Other Than Honorable discharge

An "Other than Honorable," also known as an OTH, is also an administrative discharge and more given as a result of conduct not meeting the expected level of performance, receiving a positive drug test for illegal substances, violence, adultery, security violations, as well as the result of certain civil hearings and convictions.

A person discharged with an OTH is typically banned from re-enlisting and post-military federal employment, but in some cases remains eligible for some VA health benefits.

As with a General discharge, some employers may still look favorably upon this status level of discharge. In many cases, a thorough explanation of circumstances may be required.

By Presidential Proclamation 4313, President Ford created a procedure for those military personnel who were officially drafted into the military, but resisted against the Vietnam War to receive a Presidential Pardon and have their punitive discharges changed to a "Clemency" Discharge. It also provided a path for those who left the country to return. If the military personnel fulfilled certain requirements of alternative service, they would also receive a Certificate of Completion from the Selective Service System.

Most employers would ask for a thorough explanation of the circumstances regarding this discharge status level prior to hiring a job candidate.

A "Bad Conduct" discharge is given to enlisted military personnel only. It is usually precluded by a military court-martial and extended as a 'punitive measure' for actions that meet very poor and/or bad conduct during one's enlistment. It is often associated with time in a military prison for a serious military code violation and/or crime. This type of discharge forfeits all post-military veterans benefits.

Most employers would not look favorably at a job candidate with this status level discharge. It may not keep an employer from extending an employment opportunity, but it may create some serious hesitation on the part of a recruiter.

A person with a "Dishonorable" post-military discharge was more than likely found guilty in a court martial for committing a reprehensible or heinous act during their time in the military, such as sexual assault, desertion (particularly during war time), murder or attempted murder. Most veterans with a Dishonorable discharge are considered 'lost,' regardless of any past honorable service, and this type of discharge is regarded as 'shameful.' A person with a Dishonorable discharge is not entitled to any benefits, cannot own any weapons (as established by federal law), is unfavorably listed with law enforcement (similar to a felon) and is likely to have significant problems securing employment in civilian society.

Generally speaking, most veterans do have the ability to appeal a discharge status by filing a form DD-293 if less than 15 years and form DD-149 if over 15 years separated.

Ed Crenshaw is a US Navy veteran, diversity practitioner, disability subject matter expert and creator of the innovative “Preparing Employers to Reintegrate Combat Exposed Veterans with Disabilities” (P.E.R.C.E.V.D.) diversity training program. He is also the author of the books, “The P.E.R.C.E.V.D. Principles” and “The Employers Guide to Understanding Hidden Conditions Related to Suicide.” As a well-renown professional speaker, Ed is a passionate champion and respected advocate for people with disabilities. 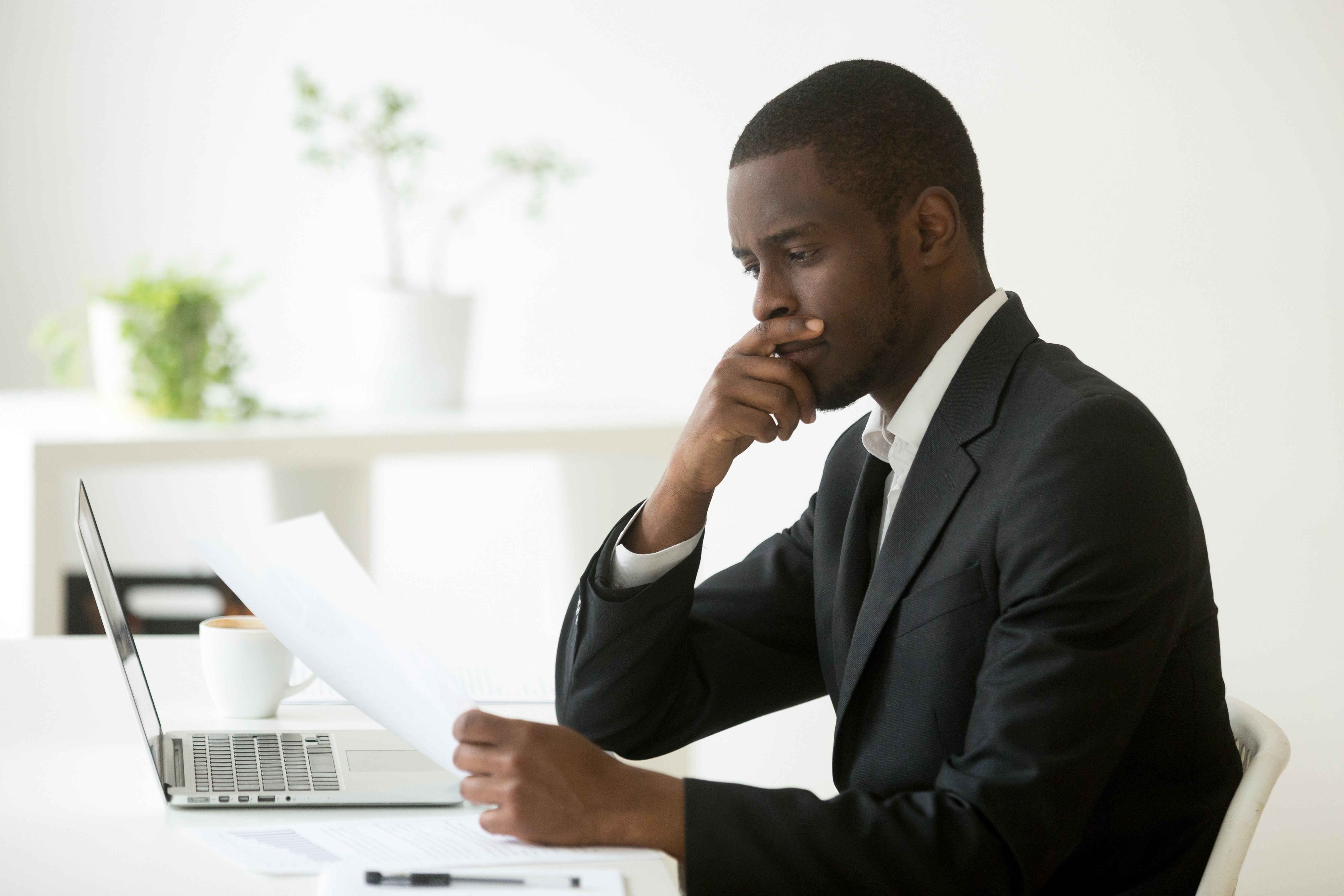 5 Must-Haves for an Effective Cover Letter
Getting Hired Team 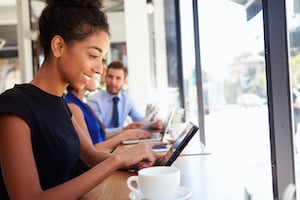 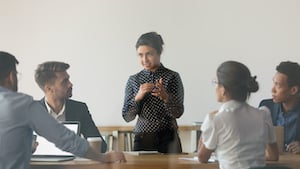 Top 7 blogs for inclusive employers in 2019
Getting Hired Team